King of Kings Skildo is the lone survivor, bequeaths gold to Chungus Cave

The deaths of:
Governor 268
Tzar Bedekovich
Governor 754
Tzar ozzy549
The Battle of Chungus Cave was a five-way battle between the nations of Parthia, HBC, South Russia, Belize and Kievan Rus.

Around midnight CST of March 2nd, 2020, King of Kings Skildo, Governor 268, Tzar Bedekovich, Governor 754 and Tzar ozzy549 decided to embark on a holy pilgrimage to the legendary Holy site, known as Chungus Cave. Despite the absence of the Chungi mayor, the five leaders began their trek. After leaving the capital of Antarctic, the five men traveled west; naked, equipped with only one gold each in addition to provisions. The journey was long, cold and strenuous, but the raw desire to step foot inside of Chungus Cave overwhelmed them. After half an hour of running, jumping, climbing and trying to outpace one another, they reached Chungus Cave. What they saw did not disappoint- but only one would be able to harness its raw power and energy... it was worth killing for. 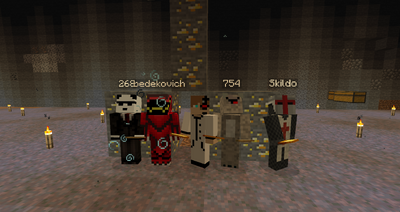 Without any words spoken, the five leaders knew what had to happen. Only one man would be leaving the frozen tundra with their life- and with the powers of Chungus bestowed upon them. 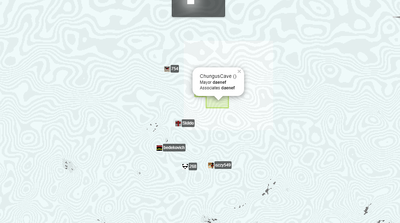 The warriors dispersed among the hilly terrain, gold and pork chops in-hand. It was an unspoken rule that this battle would not be decided by the blade, but rather with bare fists. Immediately, Parthian King of Kings Skildo and Belize Governor 754 brawled on the hillside. Kievan Rus Tzar ozzy549 and HBC Governor 268 exchanged blows, while South Russian Tzar Bedekovich fled into the hills, intending to await the thinning of the field. 754 had Skildo on the run, chasing him through the snowy biome. 268 and Ozzy continued their uphill brawl, eventually running right into Skildo and 754. 268 switched his attention to Skildo, while Ozzy now focused on 754. Meanwhile, Bedekovich continued to distance himself from the battle.

The Battle gets Deadly

As 754 and Ozzy fought in a stationary position, 268 hightailed it at Skildo, who was running for his life. Bedekovich managed to reach an abandoned map-art, where he gathered resources to prolong his survival. Skildo, battered and bruised from 268, just barely escaped into the hills with his life. 268 turned his attention to 754, who could be seen on the horizon, still fighting Ozzy. As 268 and 754 locked up, Ozzy slipped away. Skildo was healing himself on a hillside until Ozzy pounced on him out of nowhere. The two leaders fought back and forth until Ozzy's life finally slipped away- the first casualty of the battle. Meanwhile on the other side of the tundra, 268 was able to get the upper hand on 754, killing him on the hillside.

While 268 and Skildo caught their breath, Bedekovich scavenged the map-art site. Rather than battle each other, the King of Kings and the Governor agreed to team up on the Tzar, who had stayed in the sidelines throughout the entire battle thus far. The two split up, intending to flank Bedekovich. However, on top of the hill next to the map-art, an abandoned enderchest awaited. Skildo, despite knowing it wouldn't be fair, grabbed his sword- [Dictio sucks cock]- from the chest. After destroying the enderchest and hiding his sword, Skildo joined 268 in moving in on the Tzar. Bedekovich could see the two leaders moving in on him, so he began to flee. 268 managed to catch up to him, and a short duel commenced- followed by the death of Bedekovich.

The King of Kings vs. the Governor

As 268 stood dominant on the mountain-top, Skildo slowly made his way up, holding his wounds. The final showdown commenced. The Governor and the King of Kings traded blows. Skildo tried to fight his way up the mountainside, however 268 repeatedly knocked him back down. The two fought on a slant, while 268 retained the high-ground. Eventually, Skildo could see the pearly gates of Chungus Cave as his life slipped away. He knew there was only one thing he could do- equip [Dictio Sucks Cock]. As 268 went in for the final blow, Skildo drew his sword and murdered 268 on the mountain-top. The battle was over.

Following the battle, Skildo made his way back to Chungus Cave, filled with the Holy power the leaders so desperately fought for. Upon arrival, he grabbed the five gold from his opponents and dropped it into the Cave as an offering, before heading back home to Parthia.

Skildo after the Battle of Chungus Cave 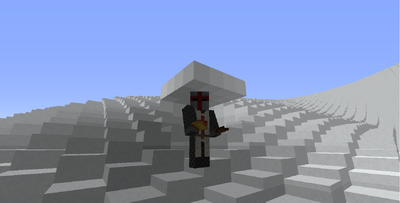