Ended in a stalemate.

Shortly before the fall of the Austrian town of Kosova, 3-5 Austrians came to the borders of Kosova to re-establish the town. Two Polish people also came to the border to begin reclaiming the ruins which would fall soon. One polish troop, befriended with International Defense Coalition called some Israeli and one Estonian troops to fight. The two sides began to clash. After half of hour or so, two polish troops joined the fight, Szymnq and 3meraldK. Seeing the clash happening in Kosova people from all around the world started to swarm the area. Reinforcements from Austria (6 Austrians), SPQR (CorruptedGreed, Fritzstick), Spain (JeelowD) arrived on the battlefield. Which was supposed to be re-establishing a town turned into a huge battle in a blink of an eye. Despite being heavily outnumbered the Austrian side managed to hold on and successfully re-established the town of Kosova. However the re-establishment of town didn't go perfectly for German Confederation as they managed to claim roughly 60% of their old town. The rest was claimed by Krakow, from south, east and west, and by Plock from north and some of east. Both sides gained a considerable amount of god sets and the battle ended in a stalemate. Approximately after an hour, the battle faded off and people from the battlefield went to another battle that was about to take place between Romania and Bulgaria. 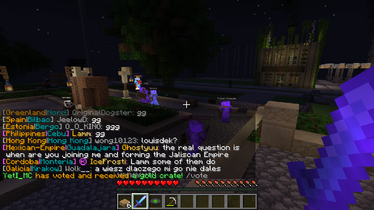