Kekkoslinna is the capital and the largest city of Greater Finland. The city is named after the real life 8th president of Finland, Urho Kekkonen. The city was founded on the 14th of April, 2019.

Kekkospuolue (English: Kekkonen Party) is a political party based in Kekkoslinna. It has some of the founders of Greater Finland, and is therefore considered the party of the powers that be. It is currently the most popular party, according to the latest elections. They tend to favour a status quo, not leaning towards one side or another, but they do have some ideas, such as aiding smaller towns, helping fund new towns and advocating for a sense of comradery and co-operation between the Finnish cities. Kekkonen Party is against taxation, believing that people should be able to donate willingly if they so wish. 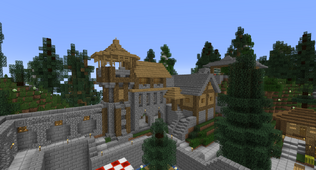 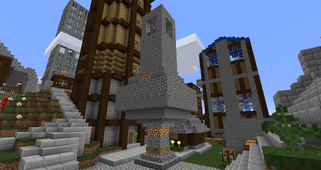 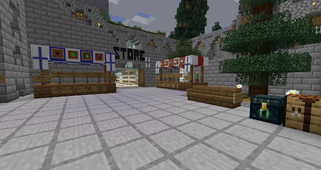 Add a photo to this gallery

Retrieved from "https://earthmc.fandom.com/wiki/Kekkoslinna?oldid=64184"
Community content is available under CC-BY-SA unless otherwise noted.