The Republic of Micronesia (informally Micronesia, formerly Yap) is a nation located primarily in the waters surrounding the Island of Yap. Its was born out of a convenience agreement between the two leaders Baxterblue and SurelyYouJestin and since has grown to encompass multiple towns.

Not much is known about the island of Yap prior to February 2019. The Island was mostly undisturbed with only a makeshift diving board and underground base was present on the island being the only signs of player activity

Early History
Surely You Jestin arrived on the island of Yap in late February with the intent of creating a underwater city eventually. Baxterblue arrived a few days later and the two decided to combine their collective gold to found the Town of Yap on April 10th, 2019, under the agreement of SurelyYouJestin having full control of the sea and Baxterblue the island. With this agreement in place the construction of Rapture began.

The Great March to the Ocean Floor
The start of the Grand Staircase of Rapture marked the beginning of this brief era. during this time SurelyYouJestin launched several diplomatic and raiding missions out of desperation to get more gold for land with the most notable being dubbed the "Siege of Nairobi." This era came to an end early March.

Medieval Era
After the Grand Staircase was completed buildings started to pop up all over Rapture while Baxterblue mined gold in hopes to found a nation. however during this time not much of note happened other then the beginning of Rapture's expansion development,

On April 9th 2019 the Republic of Yap was officially founded. With this goal finally achieved most of the gold generated by Baxterblue went towards the town and combined with SurelyYouJestin buying a new mouse caused development of Rapture to rapidly increase. Since then 2 more towns have been incorporated into Yap. On May 2nd President Baxterblue stepped down as Yap's president to pursue other ventures leaving Yap with no President and no Congress.

June 4th marked a Renascence era for Yap's politics with the French town of Ile FR joining Yap. June 10th Saw AntKlng444 being elected as representative of the District of Rapture and finally Yap's second president was Elected on June 28th being sworn in a day later. Like never before Yap's towns are now starting to work between one another to facilitate national goals. 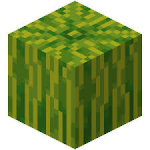 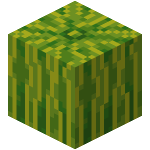