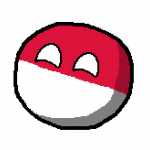 Hi, I'm Mlecz. I have been playing on EMC since October 27, 2017. On Classic i had a town of Lviv which i disbanded one day later. Then i created Patras in location of Sparta cause i was stupid and i chose the wrong name for town. Later i changed for some time the name of Patras on Poland. Patras was cheap but very active town, in our claims was Crete too. On Terra Nova I created Gdansk and became the polish king. Now I'm on Borneo, away from wars and toxic players.

Retrieved from "https://earthmc.fandom.com/wiki/User:MlecznySernik?oldid=32021"
Community content is available under CC-BY-SA unless otherwise noted.